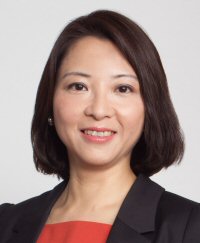 Dilys Chau was the Chairlady for the Association of Christian Accountants from 2014-2017 and the Co-convenor of MarketplaceArise, a movement which gathers marketplace Christians to bless Hong Kong. Dilys received her calling for the marketplace and co-founded the Marketplace Church in her office which operates on a 5-day basis. She is a staunch advocate for expressions of church in the marketplace and believes the Early Church model is a marketplace model – saved souls can be added to the Kingdom on a daily basis as in Acts 2:46-47 – when the unsaved can meet Jesus daily (in the marketplace). She often uses numbers to illustrate why an effective marketplace church model will usher in massive salvation and Kingdom penetration for the whole Hong Kong. She believes a revolutionary paradigm shift is necessary to cause the local church network to partner with marketplace Christians to co-labour for the revival of Hong Kong!